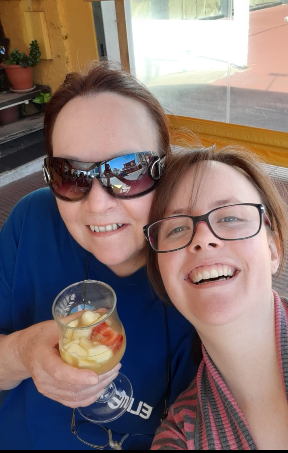 Scroll down for December 2020 and January 2022 updates

Growing up I was told to study hard, find a job and stick to it!

Then, after 40 years or so, retire… and spend your golden years doing as you please.

I did as I was told. Well mostly. I studied hard, found a job as a bean counter and kept on doing it for 25 years.

That’s when I decided I had enough of working for a boss and decided to go it alone. So early 2001 I left my job and started looking for clients.  It wasn’t long before I had a nice client base and was (effectively) my own boss.

During this time the internet became a “thing” and I was very intrigued.  I had come to the conclusion that although I was “my own boss” I was still only trading time for money.  Unless I put in the hours, there would be no money coming in.

According to so many people on the internet, you could actually make a passive income.  Meaning, do the job once and keep on earning from it.

Now that sounded much more like something I could enjoy and my quest began.

Over the years I’ve tried many things, with varying degrees of success.  Well, to be quite honest, less success than I was hoping for! The one thing that’s always eluded me totally, is the ability to make passive income. No matter what I tried, no matter how many “guru” programs promising a laptop lifestyle I bought, nothing has turned into a passive income that could give me a laptop lifestyle. I’m slowly building a passive income as a self-publisher, but that is a process that’s taking longer than I want.

I knew there must be a better way to do it, I just could not figure it out!

That is, until I watched a John Thornhill webinar.  At long last things fell into place.  Those missing pieces I could never connect, connected…

And that is why I’m here. Ready to, at long last, build the passive income, laptop lifestyle that I’ve been trying to create since 2001.

There is a lot of hard work ahead, but that doesn’t scare me.  I’m used to working hard. What used to scare (and frustrate) me was not knowing whether the hard work I was putting in would pay off.  And it mostly didn’t 🙁

Now, being part of Partnership to Success I know will have the support of some of the most successful internet marketers on the planet, every step of the way.

Knowing that fills me with hope and excitement and I know: the only way to fail now is by not doing my part.

I’ve come so far since writing this on 27 May 2020 when I started my blog.  With the incredible coaching and support I received from John, Randy & Steven I created my first course called Passive Income Publishing Course (with help from my daughter Michelle) and launched it very successfully in September 2020.  I don’t have outside clients any more and am able to concentrate on my students and creating more products to help them. It’s been an incredible journey and at last I have the passive income, location freedom and laptop lifestyle I so desperately wanted.

I guess being stubborn and never giving up, helps.  The only regret I have is that I didn’t find my mentors earlier…

Michelle and I have launched about 20 coloring packs so far to help our PIP members and other self publishers.  Together with my son Jacques, we also launched a software that makes it very easy for low content publishers to publish books on KDP and printables on Etsy.